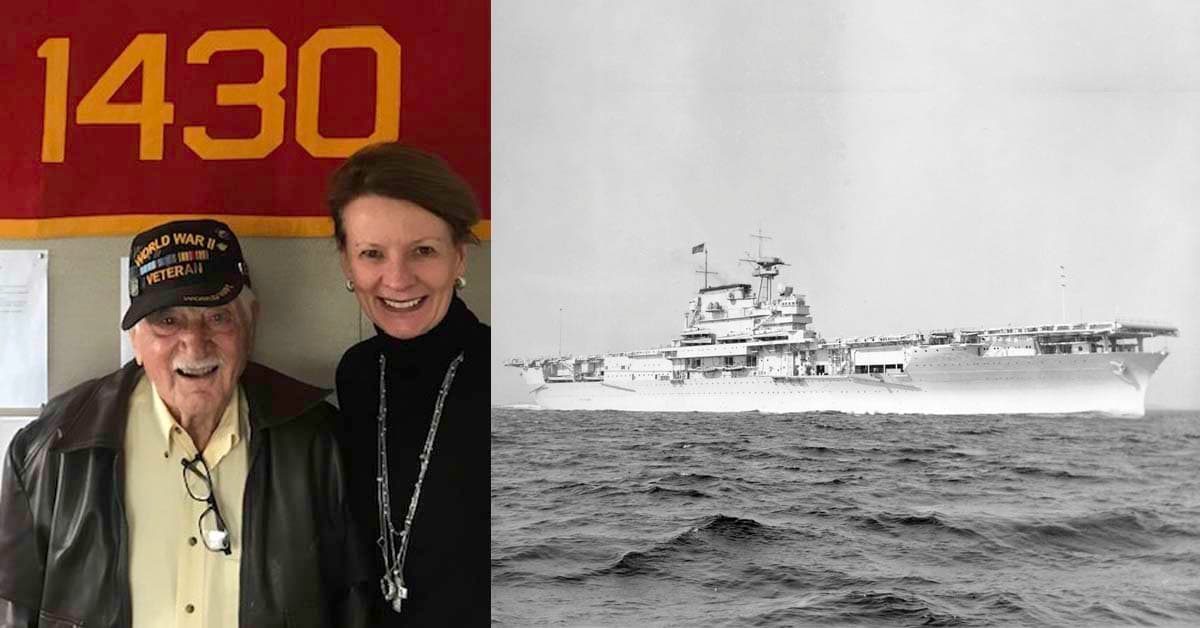 Clifford Frye joined the Navy in 1943. As a mid-western kid on ships in the Pacific Ocean, he had quite a time with sea sickness. Therefore, the Navy kept moving him to bigger and bigger ships.

Kansas farmboy and WWII Veteran, Richard Rohleder, recently traveled back to the Netherlands for the 75th anniversary of Operation Market Garden. As part of the 320th Field Battalion, 82nd Airborne, Richard rode in a glider (made with fabric and pipe) across the English Channel and parachuted into Holland. The 1977 movie, A Bridge Too Far, tells the story, (with some artistic latitude) of Operation Market Garden. Richard Rohleder still raises wheat in western Kansas. His message to kids today, “Be Straight, have respect, work hard and be themselves.”

Per WorldWar11facts.org, “Operation Market Garden was an Allied operation during the Second World War that lasted from the 17th to the 25th September 1944. It was aimed against the Netherlands and Germany and at that point was the largest airborne operation ever put together. During the operation, more resistance was encountered than originally forecast, and the Allies failed to accomplish the objectives laid out in the operation (to cross the Rhine river) until March 1945.”