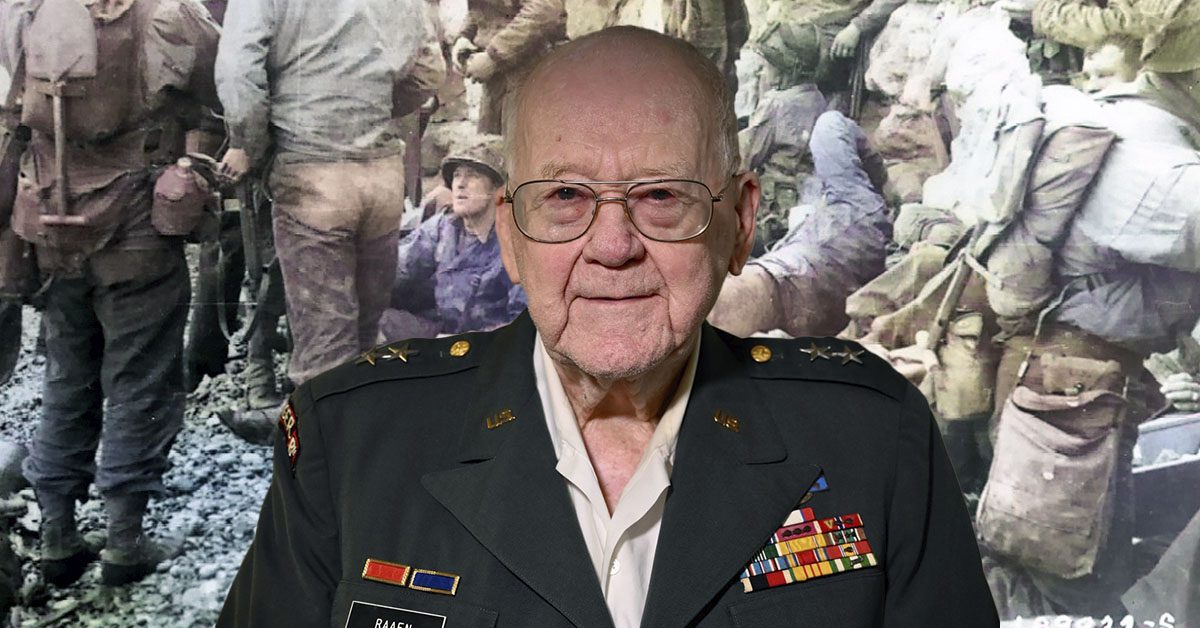 Retired Major General John Raaen was a young Army Captain on Omaha Beach, D-Day in 1944. As part of the elite 5th Ranger Battalion, their job was to knock out the guns located at the top of the cliffs of Pointe du Hoc and secure the roads around the Pointe to prevent the German’s movement. On the next America’s Veteran’s Stories with Kim Monson, General Raaen recounts his conversation with General Dutch Cota as General Cota encouraged the Rangers to “Lead the Way!”