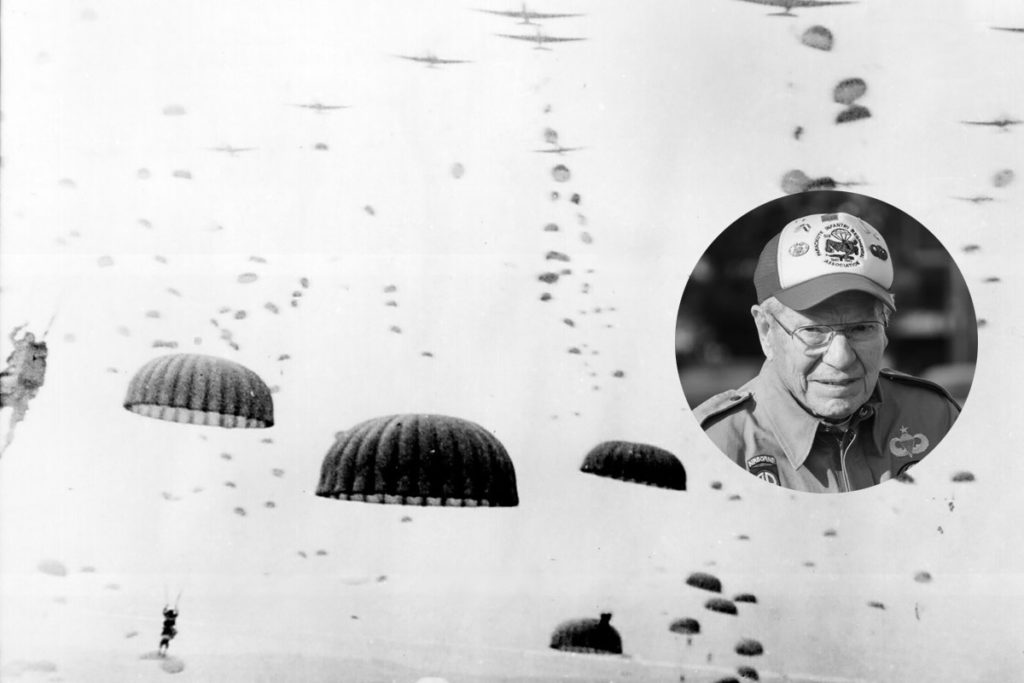 John Coates, 82nd Airborne medic and paratrooper. John was part of Operation Market Garden, the largest airborne assault up until that point of World War II.